Faith: Weight of a Divine Curse

This morning I was thinking it was time to move on from Cain. Then, I started thinking where I missed a step in my own faith. I believe it’s when I led with my thinking instead of letting go and letting God be God.

In Genesis 4:9-12, we can see Cain had a similar problem, he was so deeply entrenched in his emotions and anger, he eventually became a vessel for Satan.

After Cain kills his brother Abel, God catches up with him and asks, where is Abel? Cain looses his mind and answers God in a disrespectful way. Well, God is done, he curses Cain, the non-repentant murderer and goes on to tell him that for the rest of his life nothing will work out, he will be a life long fugitive (persecuted)and a vagabond (no job, no home).

Dang (old school slang). This is the time that Cain should have confessed and asked for God’s forgiveness, but he never does because his mind is so entrenched in the idea that he is right and God, his Creator is wrong. But isn’t that what we do. I know I do, I will think through a problem a dozen different ways convinced I am right, missing the simple answer or solution.

So, Cain will basically be in a constant state of motion-people will want to kill him, he won’t be able to hold a job or a home, he is just out there – for what? Some emotions he could have resolved with his brother and his God.

But this is what I find interesting, but also sad. Satan played the instigator in Adam and Eve’s fall, and in Cain’s sin. But where is Satan now that Cain has been cursed and left to live a miserable life? Exactly, nowhere.

I don’t know about you, but when I am less focused on my relationship with God and my purpose, I notice this is when Satan likes to talk to me and tell me that the vision for Purpose8 Institute is too big, you can’t do that, you are too old, you should give up, you don’t have the resources, and on and on.

In reading Genesis 4:9-12 in Matthew Henry’s Commentary (Complete), we are told that God’s curse on Cain denied and took away two important things each of us expects: daily sustenance snd settlement, which we need to survive and be reasonably comfortable.

The lesson for me is this:

We as God’s creation are to be like Abel and offer ourselves in faith (to God’s will, God’s glory and dependence on God’s promise of a Redeemer), which New Testament Believers now know to be Jesus Christ, our Lord and Savior.

Cain allowed his emotions, thinking and desires to separate him from God. He was so invested in himself that he refused to take what God had to offer and instead settled for a life that was never intended for him.

And we do the same thing, we get caught up in what others are doing, what social media says, politics, how we were raised and taught, our degrees, our homes, our children, our marriages/relationships, our money, our business and careers, our hurts, disappointments, losses, discontent jealousy and envy – basically everything, instead of turning our hearts and minds to the simple solution – being about God’s business – praising Him, giving him the Glory and depending on God’s promises in Jesus Christ.

It is in God’s promises that we discover who we really are and what we are capable of ( Psalms 139:13-16) – in Jesus Christ as our model and teacher.

I have been feeling really good these past few days studying about faith. How about you? 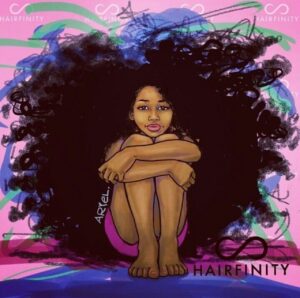