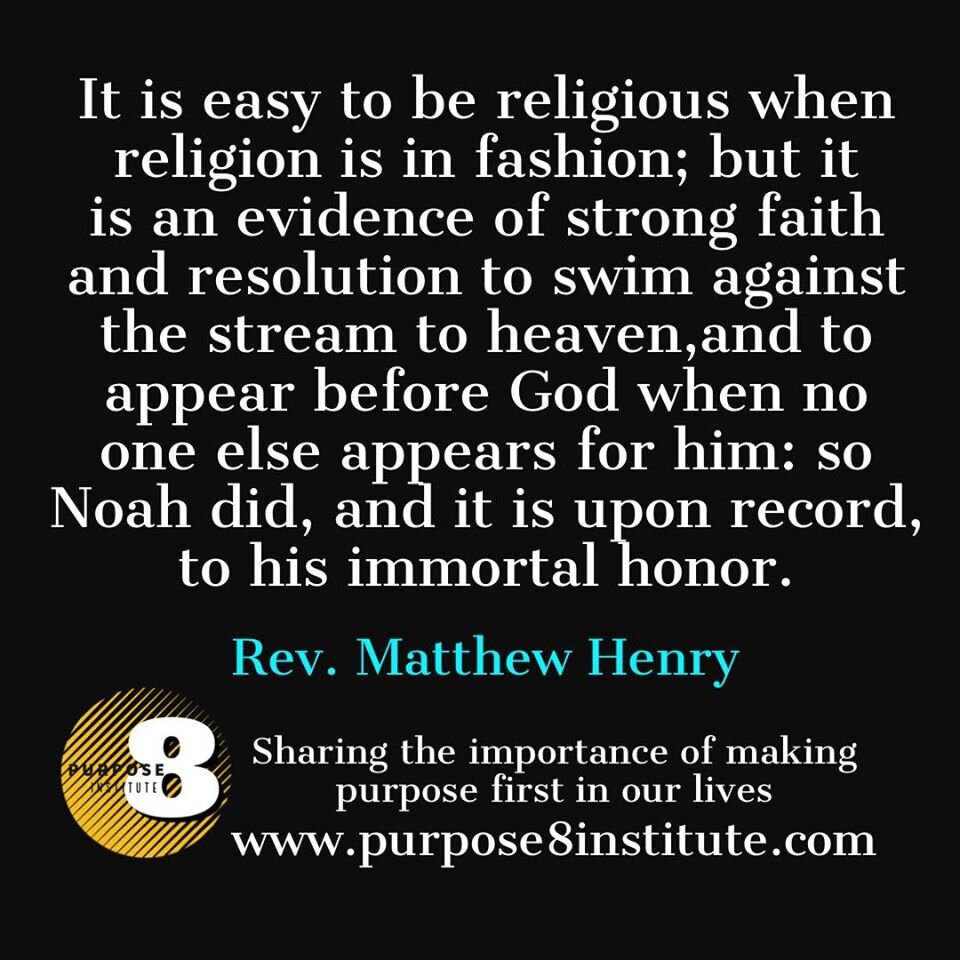 This morning, starting with the next faithful saint mentioned in Hebrews, Noah who is a descendant of Adam and Enoch.

Genesis 6:1-7 describes the level of depravity in the world during Noah’s generation which happened over generations.

God is patient, but by verse 3, he limits man’s life span to 120 years. Verse 6 shows us that God’s resentment of man has grown to grieve him at his heart and he decides to destroy man and everything on the face of the earth.

Last week we studied that Adam had children, his son Cain who was driven by his emotions and anger killed his brother Abel. So God banishes Cain and curses him to live as a fugitive and vagabond which caused him to move from place to place with his wife and children. We can assume that his past and character had some influence on his family and others. But remember, Cain always had the opportunity to repent and live in God’s presence, but he chose not to.

So let’s do some reasonable assumptions, Adam’s descendants lived in God’s presence and that initially there were more people aligned with God than aligned with Cain’s ungodly influence.

How does a situation arise that evil has outweighed good? So much so that God decides to destroy man.

I am going to suggest that it was influence, consideration of ungodly ideas by people that once believed in God, his laws and providences that eventually became a generation of depraved (morally corrupt, wicked) people.

In verse 8, it leads with, “But Noah found grace in the eyes of the LORD”. Out of all of the earth God searched the character of people and found only one man to favor, one that walked with him, who’s character was sincere and aligned to do his will.

The lesson of faith for me is to be careful of the negative and ungodly influences we allow in our lives – even those from family, schools, friends, associates, jobs, media, adverting and social media.

Change, both positive and negative starts with the consideration of an idea.

Note to Self with Brinda Devine